Check out these worldly fabrics…

Most popular fabric designs today have been influenced by the same techniques used to make textiles since the early days. In fact, most of these fabrics are still being made using these same ancient techniques. Since these beautiful fabrics are all over the interior design market today, it’s time for a quick vocabulary lesson in some of the most popular of these fabrics and patterns. 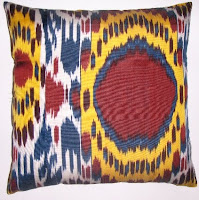 Ikat (aka, Flame Stitch) : Coming from the Malay language meaning "tied" or "bound,” Ikats are created using a tie-dye process on either the warp or weft (the direction of the threads), before being woven together to create a pattern. This beautiful textile is typically made with silk, but can be found on all sorts of fabrics today. Ikats have a very long history and are found all over the world. The designs vary depending on the region in which they are made, but are often considered symbols of status, wealth, power and prestige because of the time involved and high level of skill required to make them. 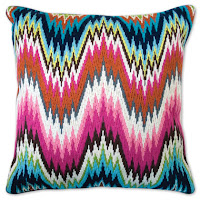 “Flame Stitch” is often used in place of “Ikat” and are in actuality very similar. It is my belief that the Flame Stitch pattern is just one variation of the many designs that the Ikat umbrella covers. This term usually describes the zig zag pattern and is seen as the more simplified or modern versions of an Ikat.

The term Ikat can refer to the textile itself, the pattern, or technique. For more on Ikats, check out this post.

Suzani : Coming from the Persian word for “needle,” Suzanis are embroidered textiles typically made with cotton and/or silk. The patterns used on Suzanis are typically sun and moon disks, flowers (especially carnations, tulips, and irises), leaves and vines, fruits (usually pomegranates), and occasionally fish or birds. These textiles are referenced as far back as the 15th century and most likely originated in what is now known as Uzbekistan. They were typically given to a groom on his wedding day and were made by his future bride as part of her dowry to highlight her skills. 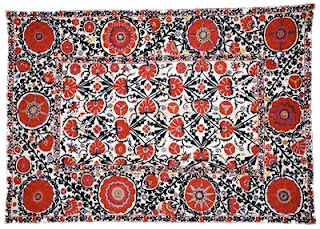 The term Suzani can refer to the textile itself, the pattern, or technique. For more on Suzanis, check out this post. 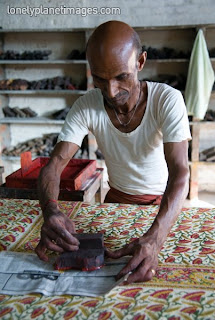 Wood Blocked (aka, Hand Blocked) : This is technique is used to print patterns on to textiles and dates as far back as before AD 220 with the Han dynasty in China. This technique was not only used for fabrics, but for paper printing as well. A carved piece of wood is dipped in ink and then stamped onto a piece of cloth to create beautifully patterned fabrics each with their unique qualities. This technique has been found around the world including India where it is most commonly used today to create our beloved fabrics. While some fabrics today are made with more modern stamping techniques including machinery, we can thank the good ol’ fashioned hand blocks for paving the way to gorgeous fabrics. Designers such as Peter Dunham and John Robshaw keep us enthralled with this look through their beautiful fabric designs.

The term Wood Blocked refers to the technique used to create the textile. 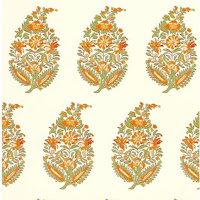 Paisley : This pattern is something that most of you are probably familiar with, but don’t know it! A paisley is a droplet-shaped motif that originated in Indian, Persian, and Pakistani design. It is typically produced using the Wood Blocked technique mentioned above

The term Paisley refers to the pattern on the textile.

I hope this quick lesson helped clear up some of the vocabulary for you! Check out our future postings when we dig a little deeper into some of these popular ethnic fabrics and see how they are used in today's stylish interiors.

Posted by Ellenor Industries at 2:34 PM

Ellenor Industries
Los Angeles, Ca
We are a creative firm working in event and interior design in and around Los Angeles. Our company was born from two great friends who were lucky enough to become sisters-in-law and have pursued their passion for all things design! Loralie received her Bachelor of Fine Arts Degree in Interior Design and has worked with accomplished high end residential firms in Los Angeles ever since. Erin grew up in a family of artists. She caught the bug for event planning before the age of 10 as she helped her mother plan extravagant and large scale holiday affairs. Together we make Ellenor Industries. We feel extremely lucky to have supportive husbands and families that encourage us to do what we love every day!